Cory Catfish are popular bottom-dwelling fish who live up to their dazzling reputations in all sorts of ways. They are super friendly and so peaceful that they won’t even bother the smallest creature in the tank. Cory Catfish are also useful in keeping aquariums clean as they go about their daily lives scavenging for food. Most of them hide or rest during the daytime and only really become active at night when they shoal with other inhabitants of the aquarium. Because their intestinal linings are adapted, they are able to take in oxygen from the atmosphere, which is why you’ll often see them shooting to the surface for some air. 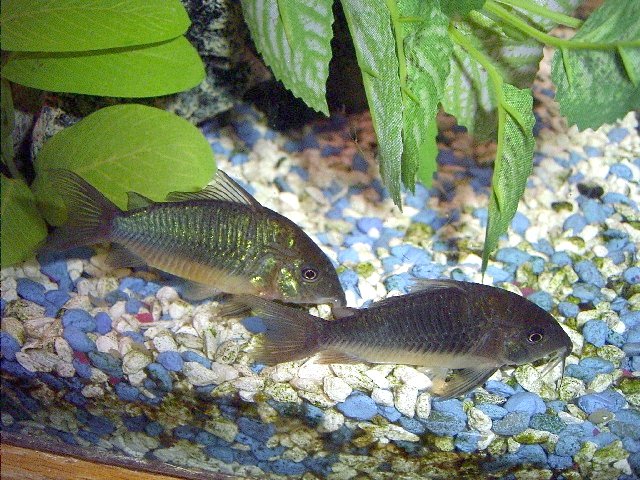 There are more than 160 species of Cory Catfish. With so many variations in size and color, there is a Cory Catfish out there to suit every aquarium owner’s taste.

The Albino Cory is pinkish white and has red eyes. The Panda Cory has black patches around its eyes and can have a base color of white or orange. The Pygmy Cory Catfish stays really tiny throughout its life, and the Emerald Cory Catfish is a stunning iridescent green. 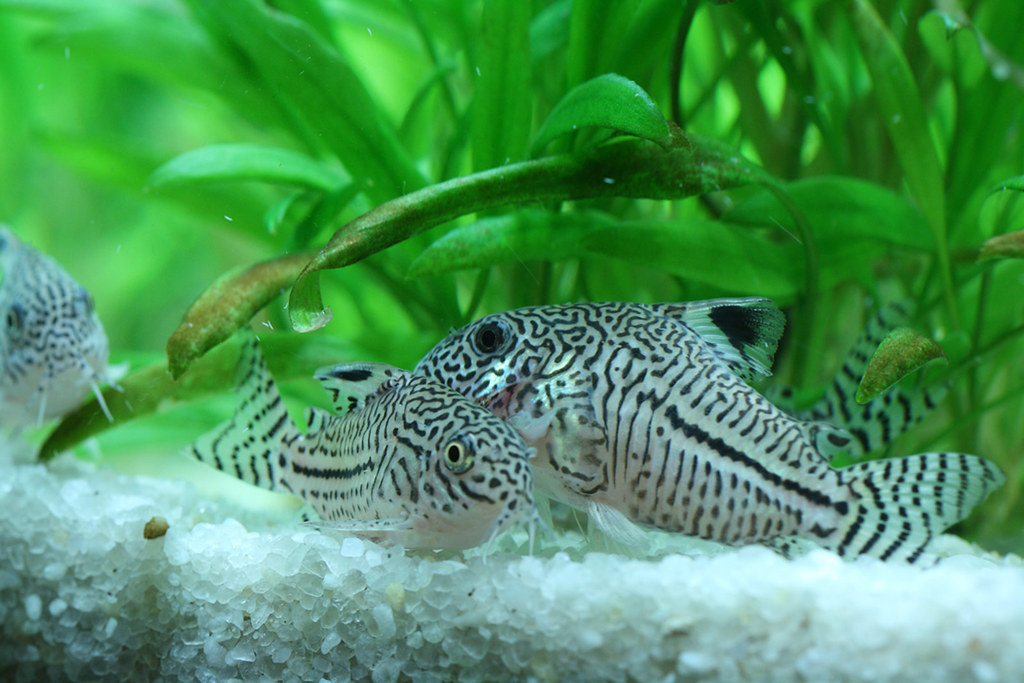 Although they are some of the most peaceful fish you can hope to find, there are some Cory Catfish species that are venomous. If they are in distress, they can exude toxins that will kill everything in the aquarium so it is important to just be aware of that.

One of the most adorable traits of the Cory Catfish is that they seem to wink at you. Of course, fish do not have eyelids so it’s not really a wink. It just looks like it when they move their eyes downwards quickly.